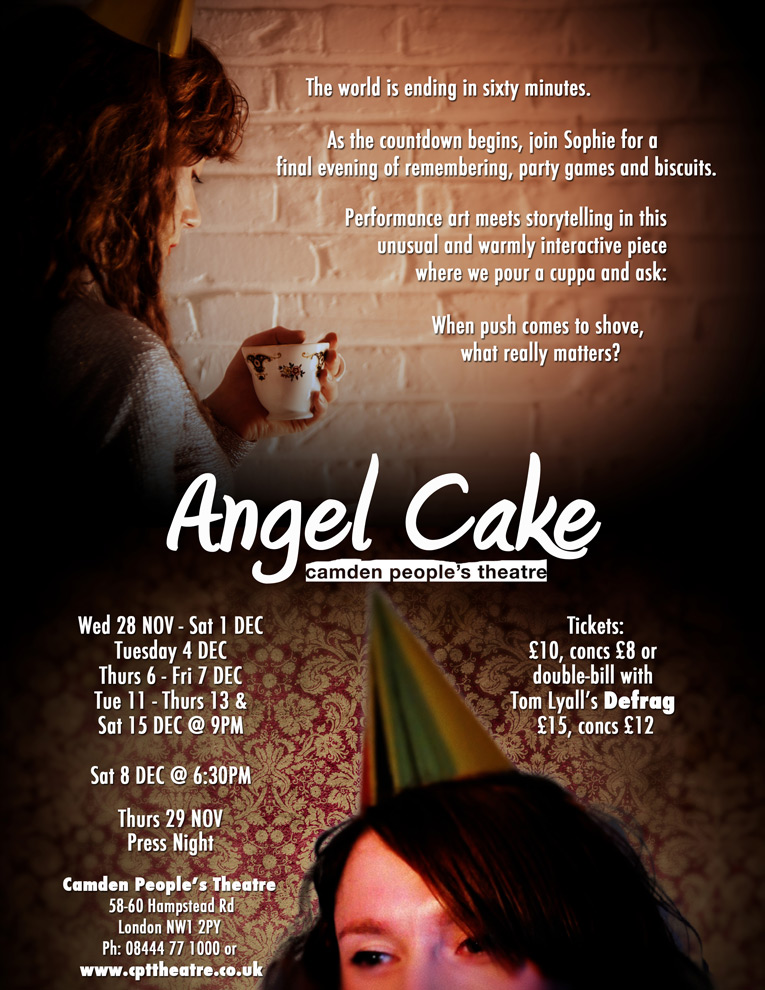 This show started its life as a ten minute scratch at BAC in October 2011 and I then directed a forty minute version at Camden People’s Theatre’s Sprint Festival in March. I was subsequently invited back by Artistic Director Brian Logan to expand the idea into a full length show with a complete design.

We initially explored possibilities for the show to have future life: