Following on from our collaboration on Angel Cake at Camden People’s Theatre, performer Rhyannon Styles and I started working together again on her new show in 2013. An exploration of her transition from male to female, it will incorporate spoken word, choreography and live music. 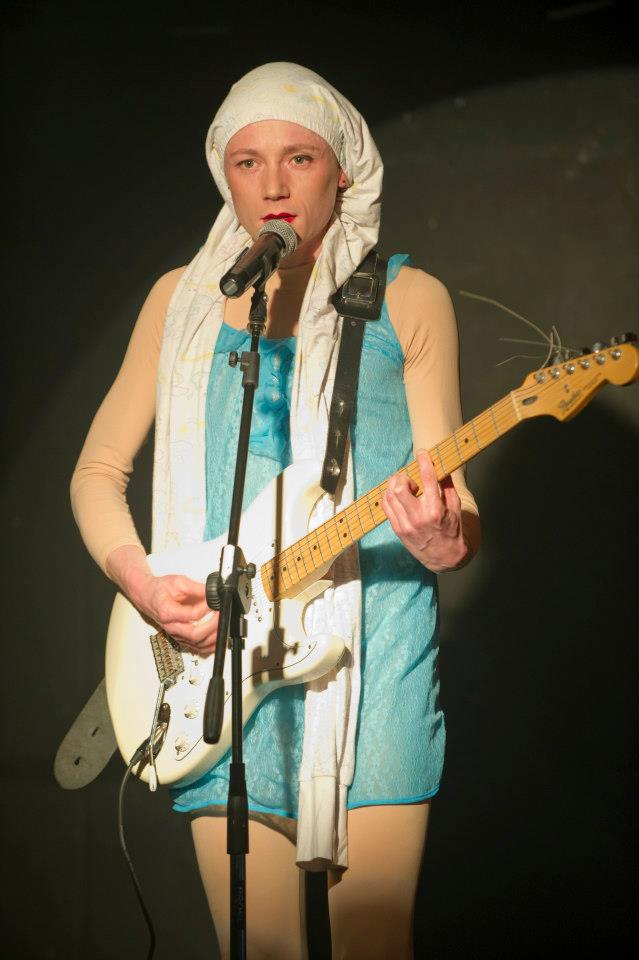 Picture from UnderConstruction at the RVT, credited to David Walker

Rhyannon had already workshopped some material at the RVT and from 9th-13th September 2013 we reworked this during a development period at Camden People’s Theatre alongside the following creative team:

There was a public sharing of the material created – and actually it ended up feeling more like an almost developed show rather than a “scratch” in that we had almost an hour’s worth of material. Some had been created before the week, some was new. The feedback we got from the audience was very positive.

**Update** Rhyannon is actually taking a break from performing so this project is on hold for the foreseeable future.